When I update the game, you will see that I have changed the program in which I am using to develop this game.  Although I was originally using Twine, which is good for text-based games, I decided to go to Ren'Py.  I originally was going to use Ren'Py, but was having problems getting some of the coding to work.  Now I am able to get the coding to work, so I wish to transfer the game to this software for development.

This will also allow me to eventually release the game on iOS and Android, although not as soon as the game is released.

Another reason why I am now using Ren'Py is because I will eventually be adding visuals to this story, just as you see in regular visual novels.  This part of the process will take the longest, as my husband is the one creating the drawings for this story, but he has so much stuff to do on his plate as well.

As soon as I complete the prologue, I will upload the game update.  Please be patient until then.  Character profiles are taking longer than expected.

Still to be determined:

Whether the game will have paid routes after the prologue, or if the game itself will be free/paid.  Prologue will always be free.  This, keeping in mind that I will be adding visuals at a later date.

*A visual of my progress attached.* 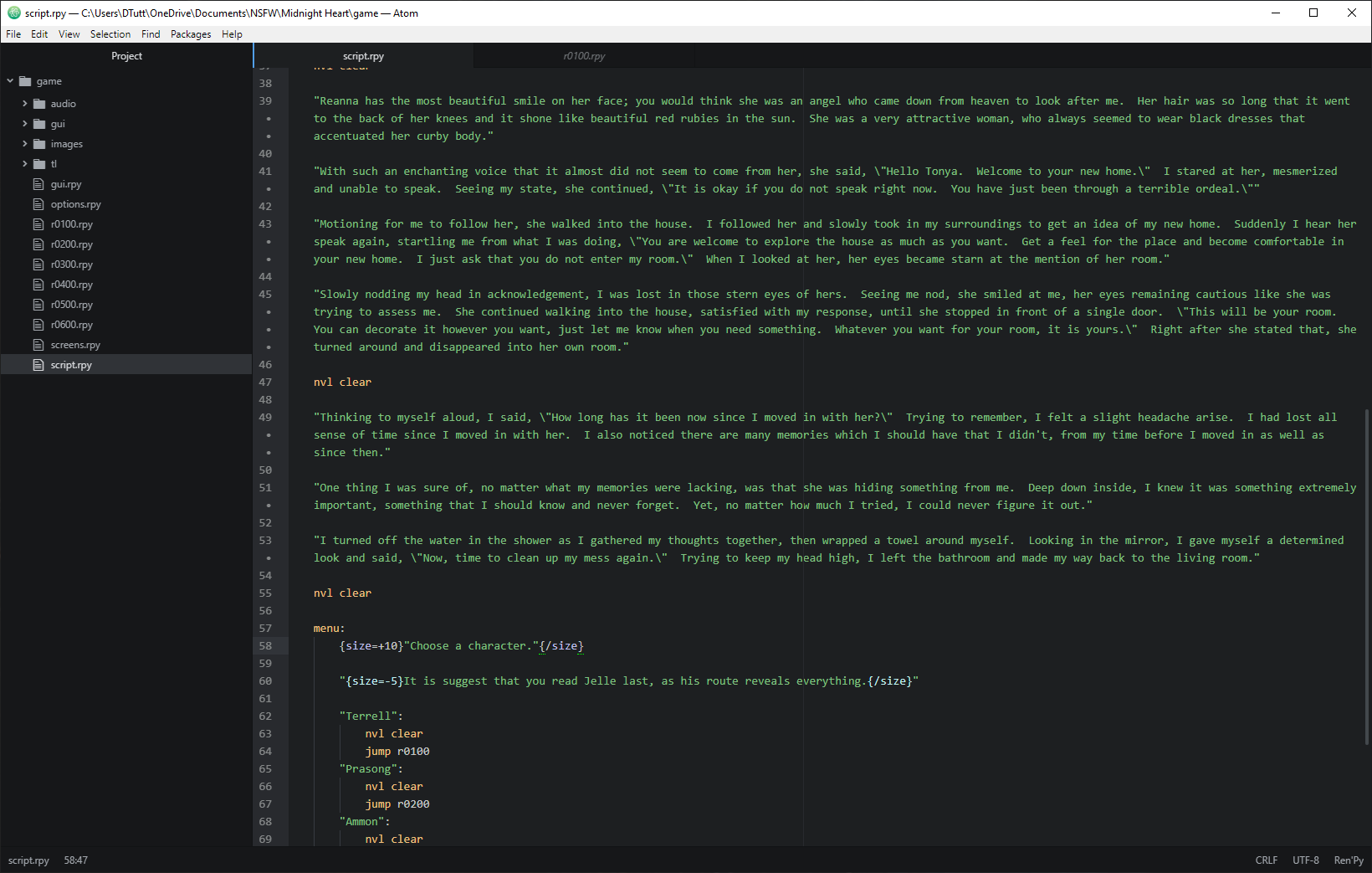